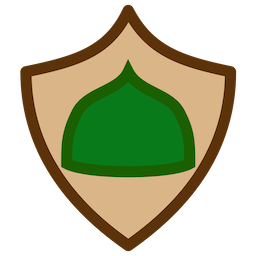 One of the first questions you’ll be faced with when you discuss Masjid Security is “Should we hire a security guard?” What are the pros and cons?

So, that’s $21,000 per year for a single guard. Larger masjids need as many as five guards to ensure full coverage. That brings the yearly budget to over $100,000 per year.

Of course, a volunteer operation would be a lot cheaper. One of the things to be careful about is burnout. Volunteer operations start off well, but maintaining a constant level of coverage can be difficult if you have the same two or three people working the guard shifts for months at a time.

In order to prevent burnout you need to have a large pool of volunteers. That means that they all need to be trained. Someone has to be responsible for scheduling shifts and finding replacements if someone fails to make their shift for any reason. These are all hidden costs that are difficult to quantify when you’re working with volunteers.

A hybrid approach might be the best of both worlds. There are two types of times at the Masjid: The first is when it’s full of worshipers, think Friday prayers, or evenings and nights in Ramadan. I call this ‘busy hours.’ The second is when there are very few people around—in between prayer times, for example. I call this ‘slow hours.’ The risks for each of these times are different.

During slow hours, the larger risk is vandalism. When no one’s around it’s relatively easy to walk around the masjid and find a window into which to toss a brick or a firebomb, or spray paint graffiti on a wall. This is not as easy to do when the place is teeming with people inside and outside.

During busy hours, the main risk is someone who wants to harm people, not property. Active shooters. People plowing their cars into pedestrians.

During busy hours, you would need more personnel simply because more doors might be open at any point in time. It could be prohibitively expensive to hire multiple security guards, but trained volunteers might be able to handle the responsibility. They would likely have been in the masjid anyway, so the hours are not an issue. They would not be praying, but rather patrolling the various ingress and egress points and, importantly, making themselves visible to anyone who’s surreptitiously scoping the masjid. Furthermore, it is likely that the volunteers would know the general membership and be able to speak multiple languages. If the worshipers need to be given orders to get indoors, or lock the doors, the volunteers would be able to communicate that easily.

Ibn ‘Abbas (May Allah be pleased with them) reported: I heard the Messenger of Allah (ﷺ) saying, “Two eyes will never be touched by the fire of Hell; an eye which weeps out of Fear of Allah and an eye which spends the night in guarding in the Cause of Allah .” [At-Tirmidhi].

Whether you can afford to have paid guards exclusively, or have to resort to volunteer-only guards, having guards (paid or volunteer) available all year long, during both busy and slow hours sends potential attackers the message that there’s never a good time to attack the masjid. We don’t want to unintentionally broadcast the message, for example, that the masjid is protected during Ramadan, but a sitting duck the rest of the year.